Following a number of high profile bullish forecasts for gold in the upcoming months I thouhgt it might be instructive to look at the PONZO charts for both gold (GLD) and silver (SLV), since silver tends to follow gold's momentum and can often be used as a confirmation signal, albeit it a lagging one. The mot recent PONZO forecast for gold was dead on so let's see how this one pan's out.
Per PONZO gold looks a bit overbought right now but the long term prospects for both gold and silver look positive.  So.....buy the dip? 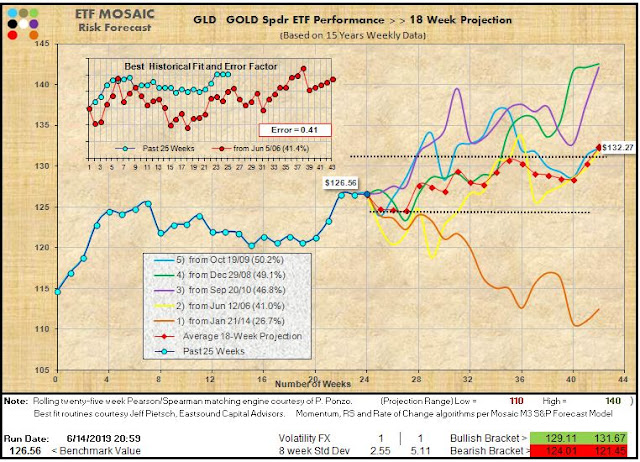 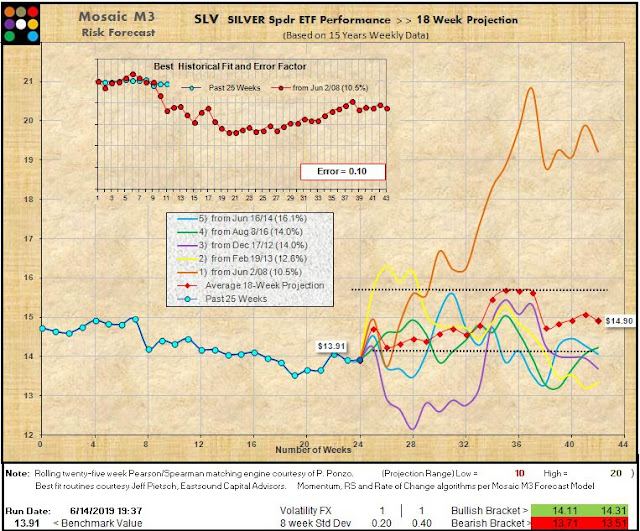 Posted by bzbtrader at 1:05 PM