It looked like a solid rally from oversold levels but not everybody joined the party.  The Qs were actually down over 1% at one point in the day and managed to close in the red despite strong intraday turnarounds by tech stalwarts like MSFT.
Volume was also suspicious today  and looking at the bigger picture SPY has traded in a narrow 4% range for the past 12 weeks...the tightest range in the past 5 years.
Just to get the anxiety factor ratcheted up a little bit it should noted that last month saw a $3.98 Billion outlflow from mutual funds...adding to concerns that there's a lot of smoke and mirrors holding the markets up.
What's a guy to do?
For now we'll follow our game plan and rigorously enforce the money management stops.
Mosaic is also pursuing another safety valve...trading the FX (forex) markets with M3 and a new variant to be known at Mosaic FX.
I've incorporated several of the FX pairs in the freestockcharts matrix as the product moves forward.
Keep in mind that the freestockcharts are live 24 hours a day...just like the FX markets.
As we move forward the technical indicators for the FX pairs will refined to reflect the lower beta and longer cycle which most FX pairs exhibit. 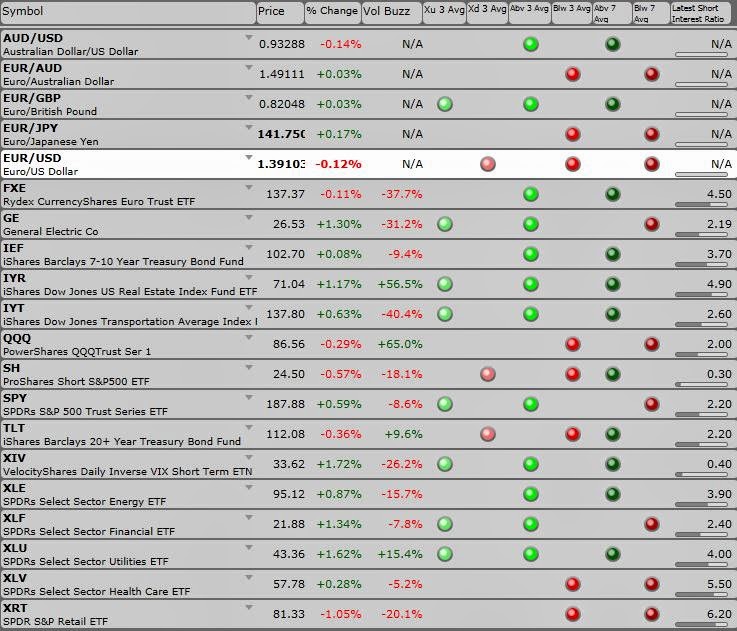 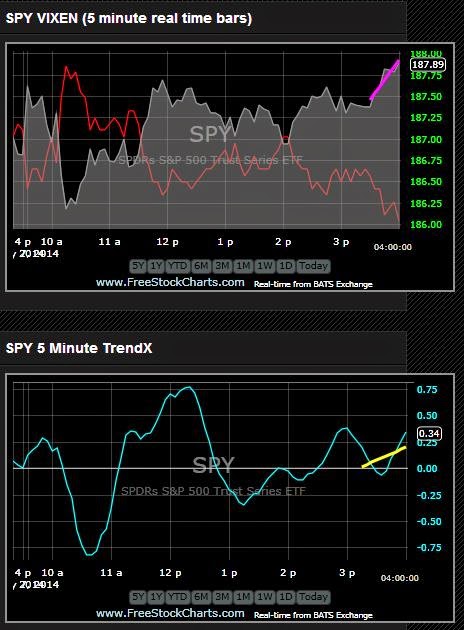 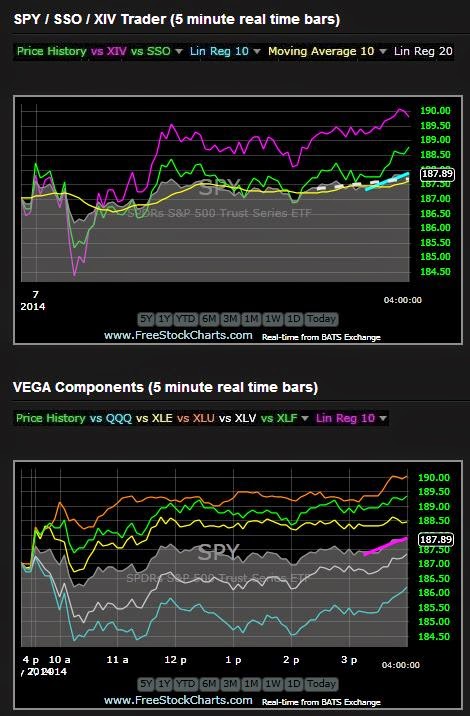 Posted by bzbtrader at 6:00 PM