Note how the short term indicator (blue line) in the SPY TrendX right side panel has turned upslope (it was downslope yesterday.  BUT..also note that the TrendX is now at upper level resistance so our expectation is for a momentum slowdown or reversal in the near term.
This suspicion was confirmed by today's M3 cross of the Equity line and the P6 (not shown) as well as the afternoon cratering of the XIV (3rd chart below). 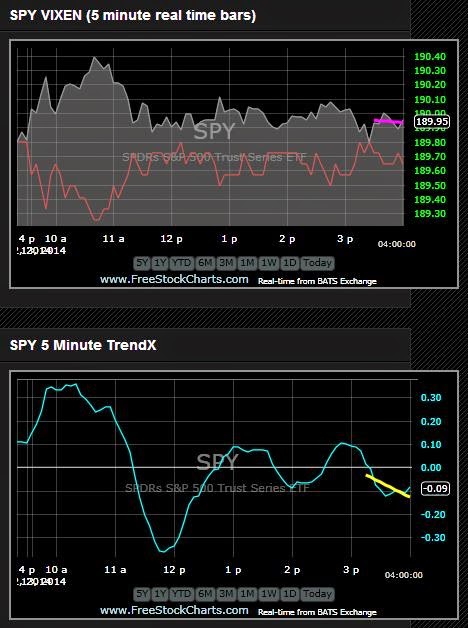 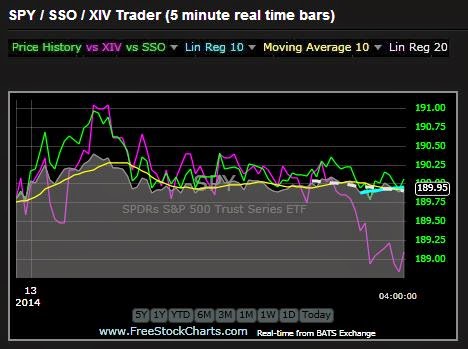 Continuing with our SPY/currency pairs study... here's how FXC (canadian dollor), FXA (Australia dollar) and FXY (yen) work out when paired against SPY.  Note that FXC and FXY are actually divergent with SPY while FXE (shown last night) and FXA are convergent.  Either way, these pairs generate a nice revenue stream.
Later this week we examine a completely different paradigm and show how various country/currency pairs can also generate a nice high probability and low risk return. 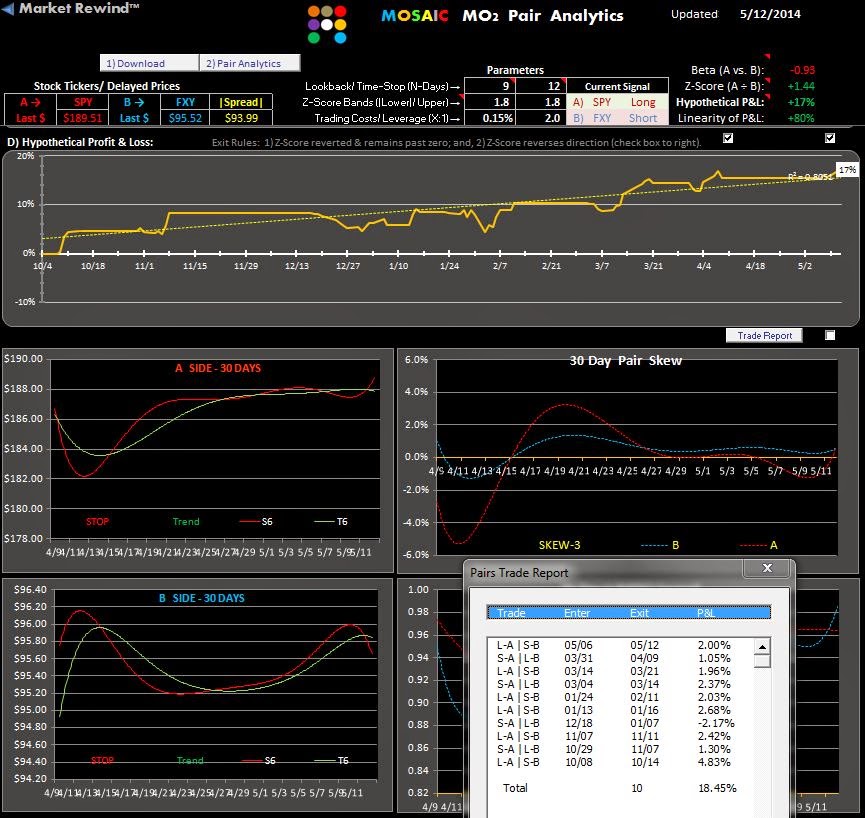 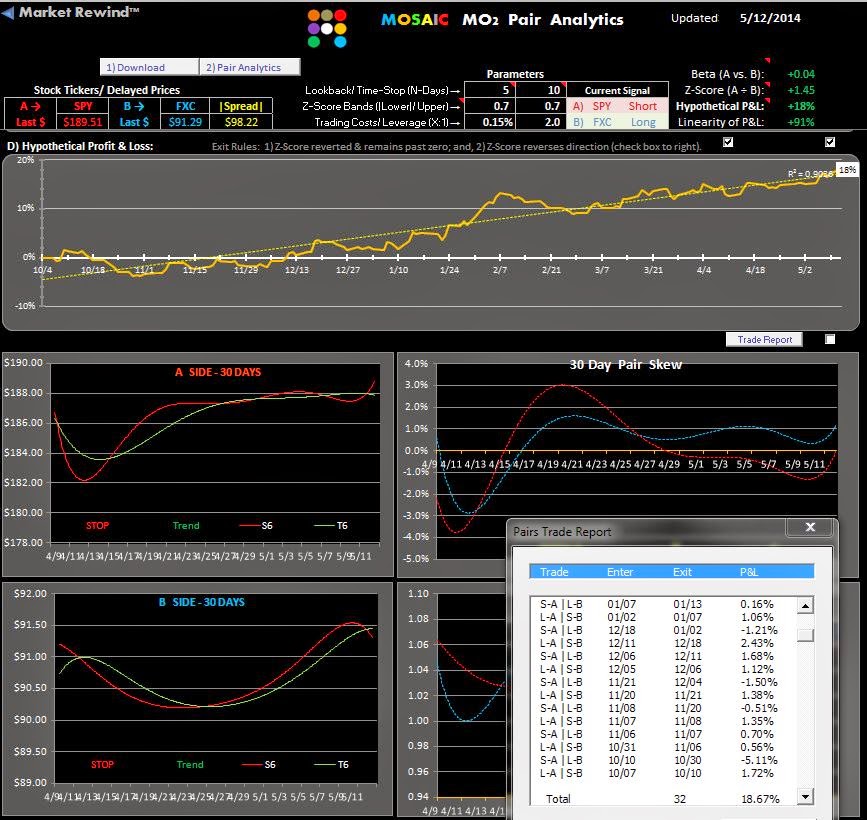 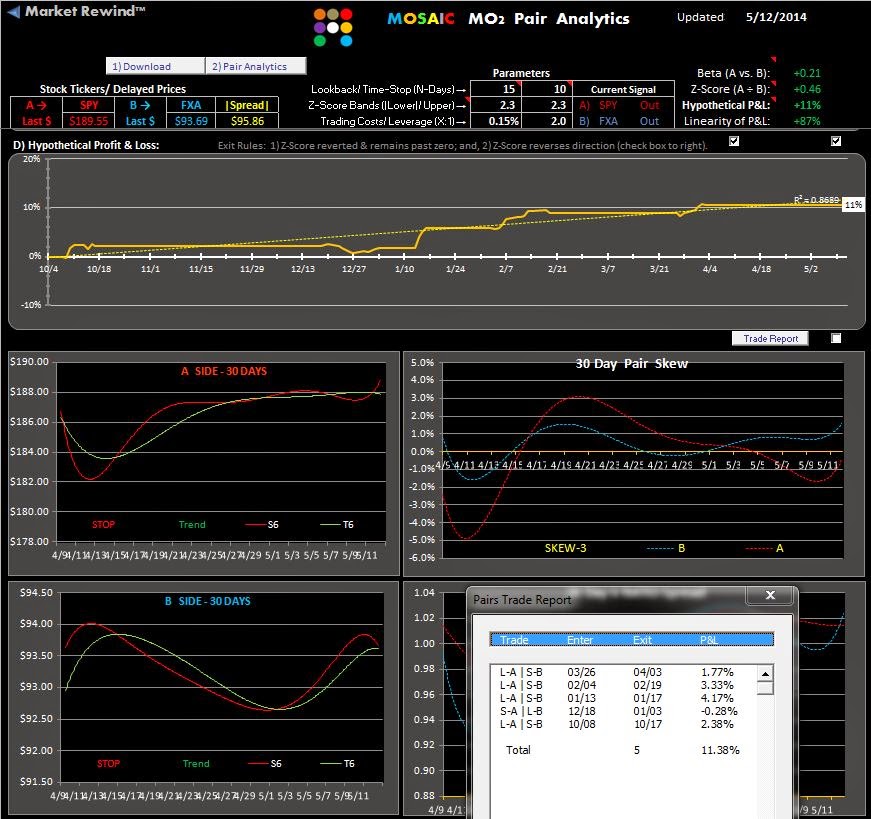 Posted by bzbtrader at 5:24 PM